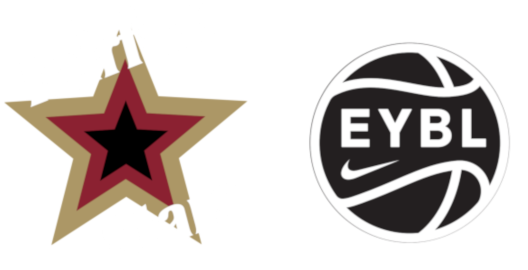 Coach Bob Dix is an experienced basketball coach, having served as both a Head Coach and an Assistant Coach at the County League, High School, AAU, and Showcase level. He has also coached youth football and baseball during his volunteer coaching career.

He has coached with the Fairfax Stars since the program was launched in 1996 and began competition in 1997. During his Fairfax Stars coaching career, teams he has coached or helped coach have won multiple Potomac Valley AAU Championships and received invitations to the AAU Division I National Championship tournament 13 times. Those teams have finished in the top 5 in the nation ten times, including three AAU Division I National Championships ( 2003, 2004, 2010 ), a national championship runner-up, and three 3rd place national finishes.

His teams have also won numerous other tournaments, including a USJN National Championship ( 2011 ) and in 2015, his U15 / 10th Grade Girls Nike EYBL team captured the championship of the prestigious Nike Nationals ( 10th Grade )Invitational tournament in North Augusta, South Carolina at the end of July to close the 2015 summer showcase season.

Many of his players have gone on to play college basketball at a wide range of colleges and universities across the country.  In addition, several former players are currently playing in the WNBA and overseas.

Coach Dix along with Coach McCormick have developed an extensive network with college coaches around the country and have earned a well deserved reputation as one of the top showcase basketball programs in America.

Coach Dix coached at the U15 / 10th Grade Girls Elite level for several years, and has coached the U17 Nike EYBL team the past two years. His teams have been among the best in the country and have competed against the best in the country.  During the 2018 season, the U17 Girls Nike EYBL team won the championship of the Nike Girls EYBL Session I in Hampton at the annual Nike Boo Williams Invitational Tournament in April.  In 2019, Coach Dix will return to the U16 / 10th Girls Nike EYBL team with another outstanding roster of assistant coaches.

Coach Dix and his talented staff create practice plans that focus on skill development and helping players improve their knowledge of the game of basketball. He stresses academic achievement as key to a bright future. He believes in hard work and being a great teammate in an environment of positive reinforcement and fun. Coach Dix encourages all of the student-athletes that play for him to “strive for excellence…both on and off the court!”

Striving for excellence...on and off the court! The Fairfax Stars basketball program includes teams for girls and boys from ages 7 – 18. Teams are selected based on an open tryout, therefore all potential candidates are invited. The foundation is a commitment to teaching fundamental basketball skill development and knowledge of the game.