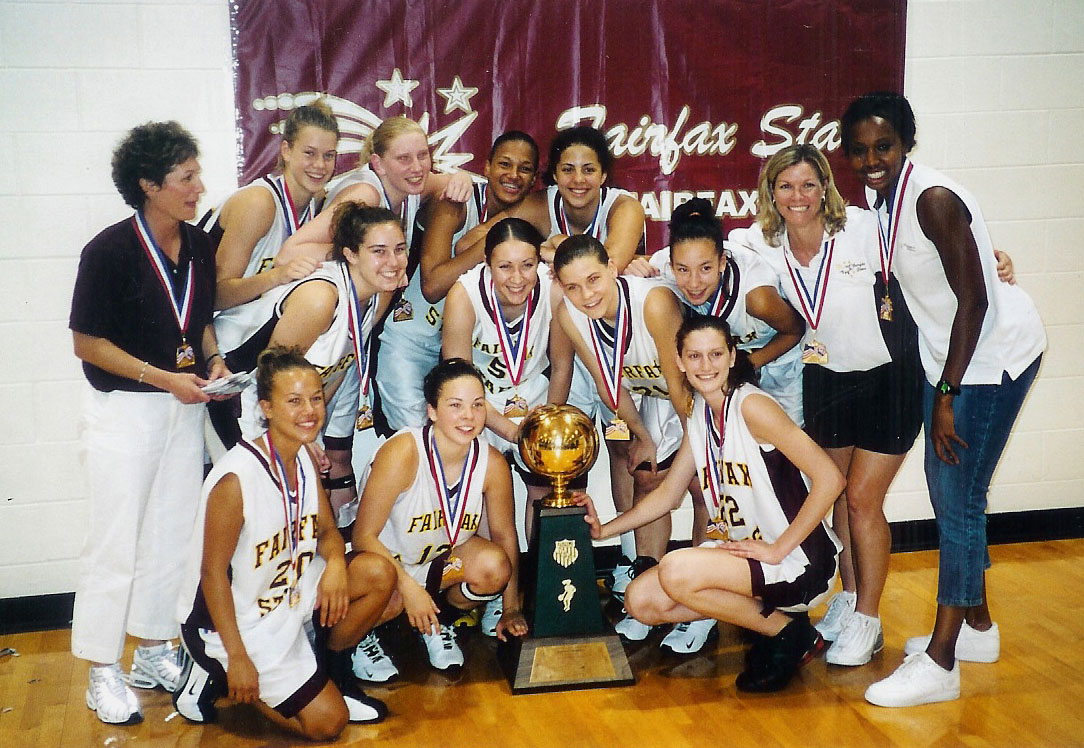 Posted at 15:08h in Highlights by Bob

Fighting the odds once again, in yet another remarkable story of courage and determination, the Fairfax Stars 15 year old girls defeated the Oklahoma Air Stars on Saturday afternoon July 26th to win the 2003 15 Year Old Girls AAU National Championship!  This is the team’s 3rd AAU National Championship since they were 10 years old.  They also were the AAU national champions as 10 year olds and as 13 year olds.

This story of achievement has many, many story lines.  With an incredible team effort, this group of outstanding student-athletes kept their poise after losing to Oklahoma in the semifinals of the the winner’s bracket in overtime.  They knew what they had to do…and they did it.  The won on Friday morning to advance in the loser’s bracket and play again in the afternoon.  They won that game, and set up an opportunity in the loser’s bracket final against Texas on Friday night, to get another shot at Oklahoma…and another shot at a national championship.

They defeated the Texas Lady Jammmers, winning the loser’s bracket and earning a rematch with Oklahoma.  They would have to defeat Oklahoma twice on Saturday to claim the ultimate goal.  They won a gritty game on Saturday morning, setting up a rematch on Saturday afternoon, a winner-take-all contest that would determine the best 15 year old girls AAU team in the nation.

When it was over, the Stars had a hard-fought victory, winning in the end by 15 points, and bringing home the gold trophy for the 3rd time.  Since this incredible group of young women were ten years old, they have been national champions at 10, 13, and now 15.  At 11, they were national runner-ups and at 12 and 14, they were national bronze medalists.  There are likely very few, if any, AAU teams in the history of AAU basketball competition, any age or gender, that has been in the top 3 teams in the nation for six consecutive years, claiming 3 national championships along the way.

Congratulations to these remarkable players, to the outstanding coaching staff, to the amazing parents and fans of this incredible basketball team.  Their work ethic, their commitment to excellence, their ability to rise above any obstacles and meet any challenge, and their absolutely undeniable strength, courage and commitment to one another…sets an incredible example for all of us.

CONGRATULATIONS TO THE 2003 AAU NATIONAL CHAMPIONS!!