Fairfax Stars would like to welcome the New Head Coach for the Women’s 17U Showcase team, James Daniel III. Born and raised in Brooklyn, NY, Coach Daniel has been coaching for many years and at many different levels. He has just finished his first year as the Head Women’s Basketball Coach at Timberlake Christian in Forest, VA. In this first year, he coached the team to the semi-final game and placed 3rd in VACA State Tournament, and ended the season 9-2. Before him entering the program at Timberlake Christian, he was the Head Women’s and Men’s Basketball Coach at The Fulton School in St. Albans, MO for a year. Coach Daniel spent 2 consecutive years at Holy Cross Regional Catholic School in Lynchburg, VA, where he built the program into a squad that had been a competitive year in and year out before their untimely close. After leaving Holy Cross, Coach Daniel also coached at the most elite level of high school basketball with Bishop O’Connell High School as an assistant with the Freshmen, JV, and Varsity Boy’s teams.
Coach James believes in teaching. 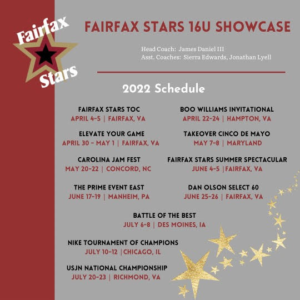 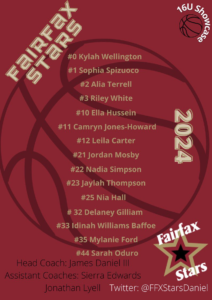