2009 (U11 Girls) AAU-Division I National Champions 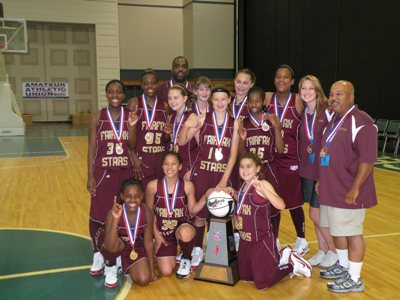 Posted at 14:32h in Highlights, Top stories by Bob

The 2009 title game was nip and tuck the whole way.  The two teams had just played each other recently in the Fairfax Stars Summer Spectacular tournament.  Trailing 38 – 31 late in the second half, the Stars turned up the heat and closed the game with a 15 – 4 run to claim the 2009 championship.

Congratulations to all of the players and coaches…and thank you to the parents, families, friends, and fans of these talented student-athletes for your continuing support and enthusiasm.