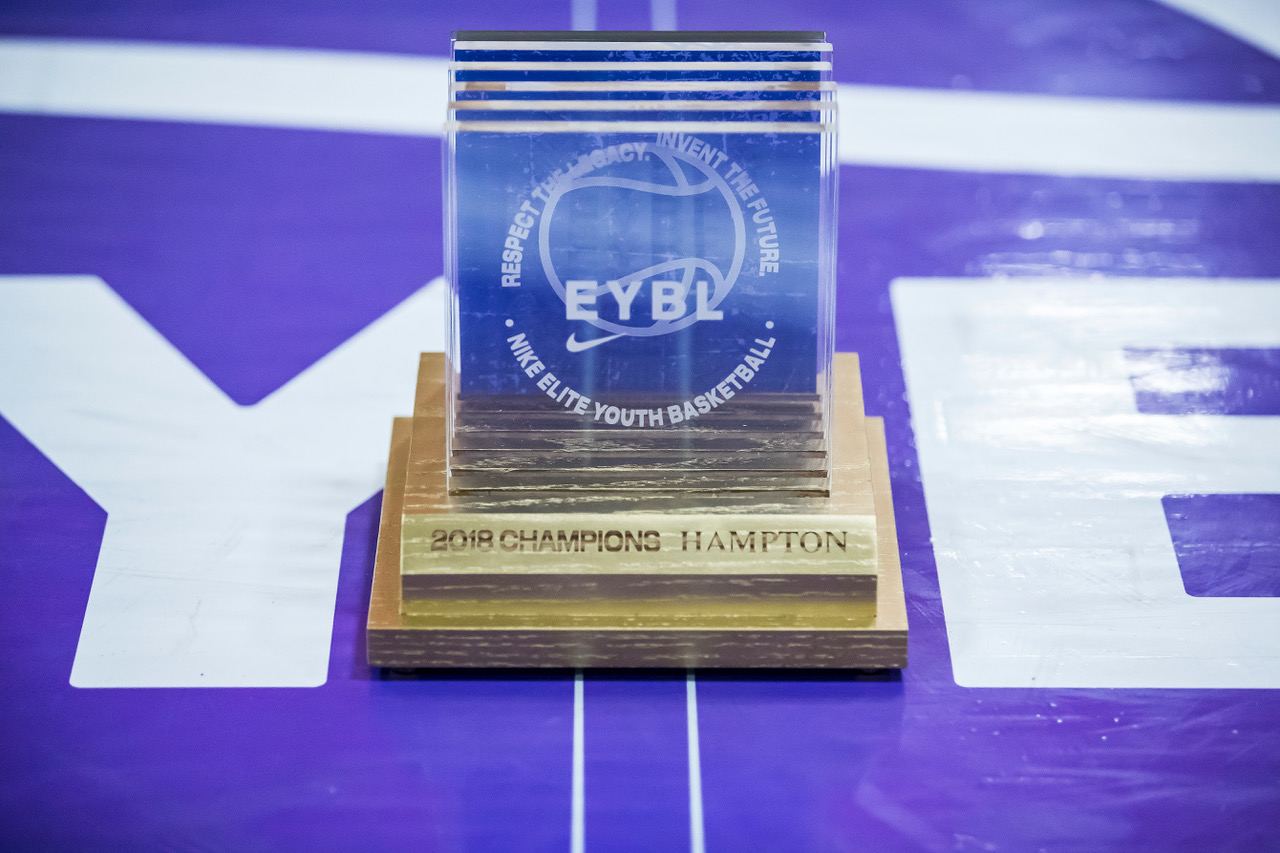 The Fairfax Stars U17 Girls, who draw their players from across the metropolitan dc region, joined with 31 of the other top travel showcase basketball teams in Hampton, Virginia for the first round of Nike Elite Youth Basketball League ( EYBL ) competition at the 2018 Nike Boo Williams Invitational tournament the weekend of April 20 – 22.  The 32-team U17 Girls Nike EYBL League includes teams and top players from across the country.  More than 600 college coaches attended to observe and evaluate candidates for athletic scholarships.

Each of the 32 teams was placed in one of eight 4-team pools to begin round robin competition.  The Stars earn two tough, hard-fought wins on Friday against the Nike Lady Gym Rats ( IN ) ( 70 – 57 ) and All Iowa Attack ( IA ) ( 66 – 55 ).  Early Saturday afternoon, the Stars would claim a victory over the Missouri Phenom ( 66 – 48 ) to win their pool and advance to the 8-team Platinum Division for single-elimination bracket play with a goal of earning the prestigious tournament championship.

They would begin bracket play with a quarterfinal matchup against the New Jersey Sparks.  A back and forth contest ended with another Stars win ( 73 – 58 ) and a Sunday morning semi-final game.  The Stars would take on Pro Skills EYBL from Texas, who defeated the Boo Williams team in double overtime on Saturday night.  Against an incredibly talented team, the Stars would prevail and earn a spot in the Sunday afternoon championship game with a 71 – 54 victory.

As testimony to the depth of girls basketball talent across the DMV, the Stars would meet Team Takeover in the championship game.  Takeover also draws their players from the metro dc region, primarily from Maryland.

In an exciting, high-level competition, with exciting plays from players on both teams, the Fairfax Stars would earn yet another hard-fought victory, 63 – 56, to finish 6 – 0 and claim the championship of the 2018 Nike EYBL- Hampton and earn the EYBL #1 seed heading into the July college evaluation period and toward Nike Nationals in Chicago in early July.

Congratulations to the players & coaches! 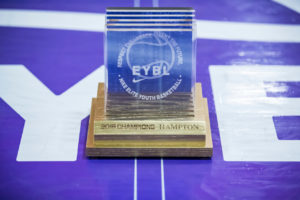