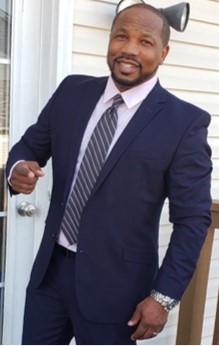 Heath McCoy was born and raised in West Baltimore, Maryland where basketball became his passion. He relocated to Southern California at the age of 12.

Upon graduating college, Heath played one season in the International Basketball League with the then Delaware Blue Bombers. After his first son was born, Heath fell in love with parenthood, discontinued pursuing a professional basketball career, and entered the workforce to be more available to his family.

Heath holds a degree in Counseling and Clinical Psychology and a Certificate in Instructional System Design (ISD).

Heath is a career federal employee, and prior to entering the federal government workforce, he worked for over 6 years in the field of mental health as therapeutic psychiatric therapist for adolescents and adults.

Heath credits basketball to changing his life and believes in giving back paying it forward.

His sports philosophy is to have fun, learn, grow mentally, make new mistakes, and be very competitive with yourself not others.