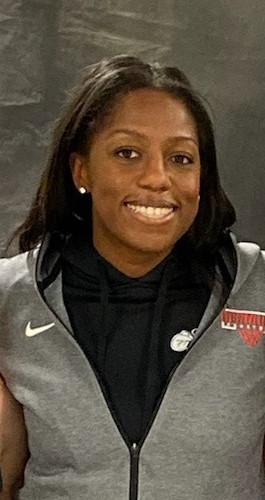 Coach Sierra is currently a high school math teacher and assistant basketball coach at Herndon High School, a title she has had since 2012. During her time at Herndon, Coach Sierra has helped change the culture of girls’ basketball. The team went from a 3-20 record in 2014 to qualifying for the Virginia 6A State Tournament in 2016, for the first time in program history. The following year, the Hornets won the Concorde District Championship.

Coach Sierra graduated from Herndon High School where she was a member of the girls’ basketball team. Following high school, she played four years at Shenandoah University, in Winchester, VA. Coach Sierra earned league honors throughout her college career, was a three-year captain, and became the program’s 15th 1,000th point scorer.

Coach Sierra began coaching AAU in 2012 for the Virginia Diamonds. Alongside then head coach and now Fairfax Stars EYBL head coach, Mike Wills, Sierra developed a passion for coaching on the AAU circuit. Virginia Diamonds helped mold her coaching philosophy and mentorship to young players. Throughout the years, Coach Sierra has coached with two other programs, however, she is thrilled to join the Fairfax Stars family. Coach Sierra’s motto is to always have the “four E’s”: Enthusiasm, Effort, Energy, and Execution. She encourages players to always work hard and to be great at the intangibles that do not show up on the stat sheet- because that is what ultimately leads to success. 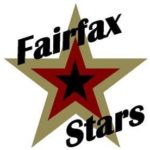